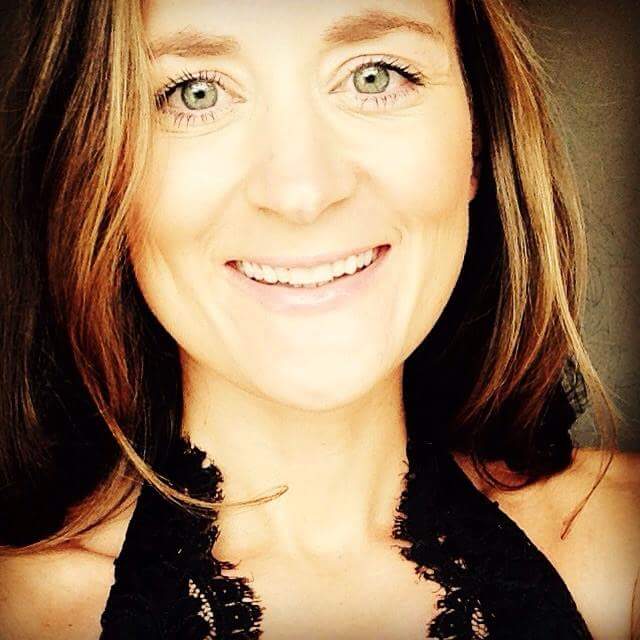 Sarah is a former finance guru who quit her city job after eight years to spend 18 months travelling the world and deciding what to do with her life. Once back in the UK she set up Tough Girl Challenges and the very successful Tough Girl Podcast as a way of motivating and inspiring women and girls. In 2016, Sarah completed the Marathon des Sables, the six-day 251km ultramarathon through the Sahara Desert that has been dubbed the toughest footrace on earth. Later this year, Sarah takes on the US’ 2,190-mile-long Appalachian Trail with the plan to thru hike it in 100 days.

Here, Sarah talks about setting out on a new direction, fears about what people might think and focusing on the journey.

What was the impetus behind quitting your job and starting the Tough Girl Podcasts?

I’d always followed the crowd growing up. School was followed by university, and then a job working for a big bank in London. I had lots of friends, went on great holidays and had a rather large shoe collection. It was the life I had expected and what society expected of me. But I finally woke up to the fact that I’d never actually taken stock of what I really wanted to do. I spent more time planning my holidays than my life! I realised then that I didn’t want to carry on doing the same old job for the next 30 years and wake up one day to find I’d spent my life working for other people, rather than building the life I wanted.

Quitting my job was a really difficult decision for me. For a time I felt incredibly lost, like I didn’t have a purpose in life. I went travelling for 18 months and that gave me a lot of time alone to think about what I was really passionate about. And the outcome of that was the Tough Girl business plan! It started out as a blog, but I quickly realised it would be easier to reach people through a podcast.

Before setting out on this new direction what were your doubts/fears/concerns and how did you overcome these?

I think my only real fear was around what other people, particularly my friends, were going to think about my choices. I’ve had people laugh in my face when I’ve told them what I want to do. It can be soul destroying, particularly in the early days, when you’re doing what you love but not having immediate success. It’s hard to put the real ‘you’ out there. But really, you’re not dealing with your fears, you’re dealing with their fears.

I dealt with this by removing myself from those types of situations and choosing to surround myself with people who supported and understood what I was trying to do. People tend to take a black-or-white approach to failure, whereas I take the view that, if something doesn’t work out, at least I tried. The only way you’ll learn and develop is to take action and start something. And I know when I’m old and grey, I can look back on this and say: “I did that. I stood firm, believed in myself and just went for it.”

“My only real fear was around what other people were going to think about my choices. I’ve had people laugh in my face when I’ve told them what I want to do. It can be soul destroying… But really, you’re not dealing with your fears, you’re dealing with their fears”

What is the main thing you have learnt (about life or yourself) from this experience?

The main thing I’ve learnt is that you only have one life. I don’t want to look back and regret not doing something because of what other people might think. I’m more comfortable putting myself out there and accepting that some people will like me, and some people won’t. After all, the universe would be pretty boring if we were all the same! I’ve also reached the point where I like myself, just as I am, which is an amazing place to get to.

That said, I still get scared! At the end of May, I’m shaving off my hair to donate it to the Little Princess Trust. This is a huge deal for me and I’m wondering if I’ll still have the same confidence and level of self-belief in myself without my long, girly hair. But if you really want to do something, you just have to forget what other may people think and just get on with it.

What would be your dream adventure/goal and why – and why haven’t you done it yet?

I have so many! One of my big ones is to visit Teyuna, the ‘Lost City’ in Colombia. It’s a ruined city in the jungle, and I haven’t done it yet mainly because of finances and timing. I’d also love to do the W trek in Patagonia. In fact, there are so many places I still haven’t been in South America; I’d love to go back for another long trip.

What is the best advice you have ever been given?

One book I always recommend to people is The Slight Edge by Jeff Olson. In it, he talks about daily habits; doing small things, every day that build up over time. I’ve seen this with the Tough Girl podcast. It took me six months to reach 25,000 downloads. After another six months, it had had 100,000 downloads and four months after that, 200,000!

I also had a great piece of advice from my mum, which was: ‘just do it’. Just make a decision and then take action. If it’s wrong, then you can learn from it and try something else.

If you were stuck on a desert island, what three things would you have with you and why?

My iPhone (there’s WiFi on this island, right?), a pair of sunglasses as I have very sensitive eyes, and probably a sun lounger so I can just embrace the experience and enjoy it.

Finally, Sarah will be in London on Tuesday 25th April, discussing her decision to quit her job and what she has learnt from the women she has interviewed on the podcast. You can purchase tickets for her talk here.