Well I’m back in London after a hectic and fun-packed month traipsing around my home country New Zealand. As I sit at my computer, wading through a month’s worth of unread emails, and staring out the window at the spring blossoms and daffodils, I can’t help but feel a pang of holiday blues. I’ve lived in London now for almost 11 years but I still love New Zealand. This is why.

There’s my awesome parents, my nana (who is aiming for 100), my little brother and his 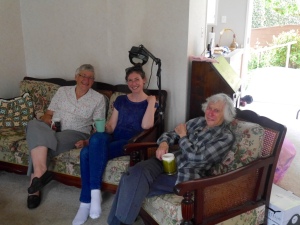 adorable family and all my wonderful friends. But there are also the random New Zealanders who have hearts of gold. Like the three Kiwis in their 70s who hiked the Tongariro Northern Circuit and kindly invited us to stay with them when we were next in town. Like the hotel manager who let us park our cars for three days on their premises while we hiked in the back country, even though we didn’t avail ourselves to the hotel’s accommodation services. Like the man in the café in Otaki who gave us a packet of biscuits for free because they were broken and he couldn’t sell them anyway.

2. New Zealand’s countryside and landscape takes your breath away

New Zealand is often touted as one of the most beautiful countries in the world and it really is (I’m not being paid to say that). From wild beaches and gorgeous sea vistas to rolling, green countrysides dotted with sheep and volcanic landscapes with bubbling mud pools; from native forests of giant prehistoric trees to majestic mountains crowning lush valleys – and all against a backdrop of singing cicadas and a chorus of pitch-perfect birds. New Zealand goes a step beyond amazing to captivate and titillate. For me it’s heady and emotional; a drug a I can’t get enough of.

New Zealand is a country of culinary delights. Sure, the UK has Jaffa Cakes but New Zealand has Pineapple Lumps – bright yellow, chewy pineapple-flavoured lumps of confectionary coated in chocolate. There’s also Jet Planes, Jaffas and chocolate fish. New Zealanders also know how to cook proper fish ‘n chips (said fush un’ chups with a Kiwi accent) – crispy battered fish and crunchy, chunky chips, all golden in colour and generously sprinkled with salt, wrapped in paper and eaten out of the packet by hand (ideally on the beach as the sun is setting). New Zealand also knows how to cook a damn good hamburger, is the king of pies, introduced the world to pavlova (though this is disputed by Australia), and the wine (sorry France) is second to none. Also, I have to mention my mum’s marmalade. A family recipe passed down, this breakfast spread (which I’ve also been known to have for lunch) makes one coin the phrase ‘would you like bread with your marmalade?’

4. New Zealand gets the work/life balance

Because New Zealand has such a love of the outdoors and can generally boast glorious weather (apart from the current summer), a lot of people respect leaving work at 5pm to enjoy the most of their out-of-work hours. From sipping cocktails and flat whites in the cities’ waterfront bars and cafes, cycling in the countryside to DIYing in the man shed and watching a game of rugby, I always feel the work/life balance is, well, more balanced than the UK.

This doesn’t really require an explanation – but for the uninitiated, New Zealand rugby (the national sport) is a thrilling physical game of sporting skill and prowess with a shot of Maori culture (the haka). Furthermore, New Zealand excels in the sport (note: three-times world cup champions). It’s also important to add that New Zealand rugby players are among the best-looking men in the world – and I say that unabashedly and without apology.

6. You can get away from the crowds in New Zealand

With a population of a mere 4.6 million, for a country about the size of the UK (which has a population of around 64 million), that means there is a fair amount of space to be had. Get outside the manic-ness of Auckland and you can escape the crowds. You can walk down the street with room to spare while the concept of being squashed into someone’s sweaty armpit in a confined space with hundreds of other people is non-existent. Instead you share the quiet and pleasant isolation with just a few sheep or a native bird as company. When you’ve lived in London for almost 11 years, it’s easy to become jaded with city life and consider the bustle over-rated. The solitude New Zealand offers is rare in today’s world.

7. Driving in New Zealand (apart from Auckland) is a dream

Let’s just ignore the mess that is Auckland’s traffic system and focus on the kilometres of open roads elsewhere – some flat and straight, others winding giddily through forests and high mountain passes, and others still that trace along the country’s moody and dramatic coastline. With a small population and limited peak hour traffic, these roads are generally a driving dream (that is, unless you’re stuck behind a slow poke truck or tourists driving a campervan – or, indeed, if State Highway 1 is closed due to a truck crash or there are animals in the road). 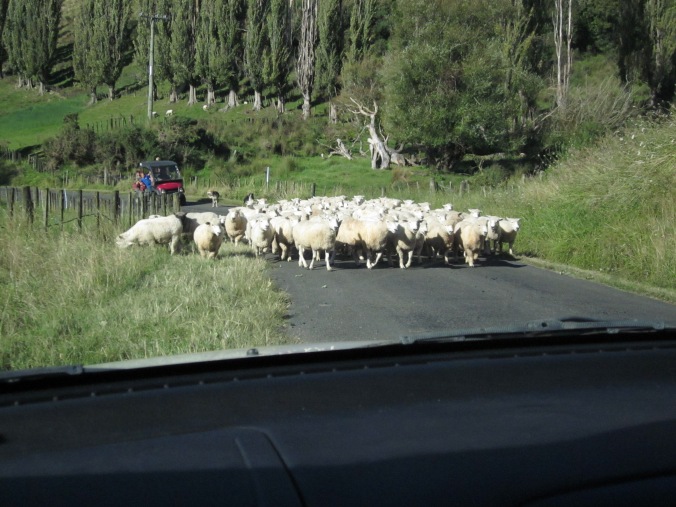 8. The New Zealand culture is epic

There’s something magical about the New Zealand culture with its strong Maori and Polynesian influence, the love of sheep farming, the number 8 wire mentality (the Kiwi ingenuity to be able to fix anything) and the way rugby runs through a Kiwi’s veins. (Not to mention all that Lord of the Rings stuff.) Altogether, it makes for a fusion of awesomeness that can’t be beat.

Along with the culture, New Zealand is known on the world stage for its clean, green image. Think pristine lakes and acres on acres of green foliage. It’s also made its stance as anti-nuclear and has embraced low-carbon emission, renewable energy. In a world on the brink of over-population and potentially catastrophic temperature increases – and where world leaders are ready to debunk the concept of global warming and climate change – I can’t help but think that the little country at the bottom of the world might be on to something.

Yip, every country has its random quirks and New Zealand’s just adds to its character. There’s the hot water beach (aptly named Hot Water Beach) where people go to dig holes in the sand and sit in the warm water. There’s the steepest street in the world, where someone thought it would be an intelligent idea to have a giant Jaffa (orange coated chocolate balls) race. There’s the fence in the South Island that has hundreds of bras tied to it. There’s the house that is completely adorned inside with thousands of paua shells. There’s the giant gumboot (aka wellies) in Taihape, which claims to be the gumboot capital of the world and features a gumboot throwing competition. And there’s the “ghastly” soap opera Shortland Street, which should have been removed from TV screens years ago and which is so bad it’s good. And this is just the tip of the iceberg.

And that’s why I love New Zealand!