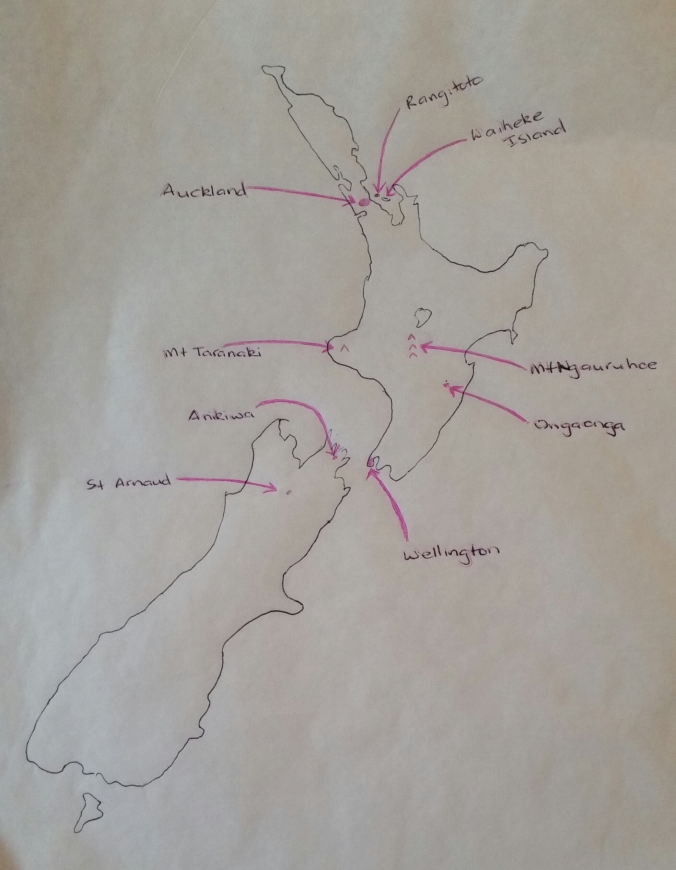 So, the next lot of volcanoes in my #40by40 quest have now been lined up as I head off back home to New Zealand for a month in a little over two weeks’ time. Woohoo can’t wait!

The original plan had been to fit in five volcanoes but trying to also fit in a friend’s wedding and a trip to the South Island to see my brother and his family (my niece and nephew are soooo cute!), as well as catching up with other family and friends and playing hostess to the English boyfriend, well five volcanoes very quickly became three.

The trip starts off with a drive from Auckland to the centre of the North Island to Tongariro National Park. From here we will spend three days walking the 43.1km loop known as the Tongariro Northern Circuit, one of New Zealand’s Great Walks. It incorporates part of the one-day trek called the Tongariro Alpine Crossing, which we walked four years ago, and takes in vast volcanic landscapes.

On day two of the walk, we will detour and climb the punishing 30° slope (ouch!) of Mt Ngauruhoe, a stark scoria and scree covered cone that rises 2,287m high and has been made famous as Mount Doom in the Lord of the Rings movies. This is an active volcano but last erupted in 1975, although the crater has a number of steam vents. 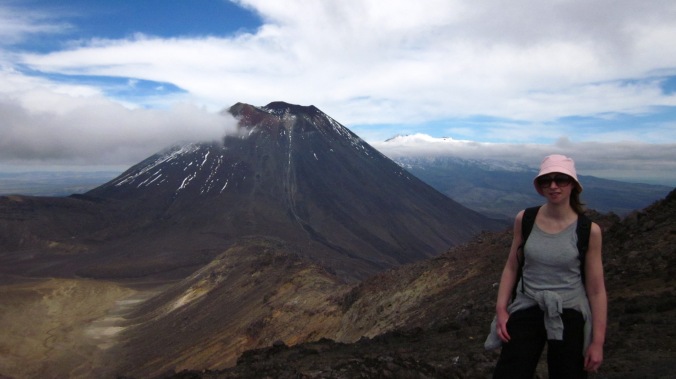 Mt Ngauruhoe during the Tongariro Alpine crossing four years ago

After completing the Tongariro Northern Circuit, we head west towards Mt Taranaki, the ‘blip’ on the west coast of the North Island. Here we will trek for about six hours to reach the 2,518m high summit, in a walk that is being dubbed the new best one-day walk in New Zealand (in direct competition with the Tongariro Alpine Crossing) and which affords magnificent views of sea on one side and lush land on the other.

It’s then back up to Auckland and a day trip to Rangitoto Island just off Auckland in the Hauraki Gulf to tick off New Zealand volcano number three and #40by40 volcano number nine. Perhaps stupidly we left the easiest volcano for last – a mere 259m above sea level – but it is, I think, Auckland’s most iconic volcano – the city has 48 – acting as a postcard perfect backdrop to New Zealand’s biggest and most bustling city. Rangitoto is also home to the world’s largest pohutukawa forest.

The short Rangitoto trek is followed by a ferry ride to next door island Waiheke, basically a little slice of paradise on the outskirts of Auckland. Here we’ll be celebrating my friend’s nuptials and by all accounts, according to the invite, taking part in some “awkward but enthusiastic dancing”.

Back on the mainland we then head south, driving via a tiny historic village called Ongaonga to visit my uncle who lives in the renovated old post office. We’ll then hop on the ferry to the South Island and make our way to St Arnaud, a couple of hours south of Nelson, at the top of the South Island.

This is the gateway to the Nelson Lakes region of outstanding natural beauty and here we will be donning the backpacks again and making our way into the backcountry for three days. We’ll be walking the Robert Ridge and camping out at 1,650m beside Lake Angelus before descending to walk around the eastern shore of Lake Rotoiti.

We’ll then drive north a couple of hours to Anikiwa in the Marlborough Sounds, where my grandmother has a holiday home (well more a two-room shack with an outdoor toilet). Here we will spend a few days hanging out with my brother and sister-in-law and their two adorable kids and lapping up New Zealand beach life.

After that it’s the long drive back to Auckland and the chore of packing and saying goodbye to New Zealand.

With the plans now in place and accommodation booked I’ve turned my attention to the pedantic list-ticking of making sure everything is in order – have I got an outfit for the wedding, have I got enough contact lenses to last a month yada yada yada.

It also means I’ve finally thought about training, and let’s just say it’s not going very well. The boyfriend and I went for a three-hour ‘wander’ last weekend – my pack contained eight cans of tomato soup and exercise weights to come in at a total of 10kgs. This was supposed to be preparation for our multi-day treks. Three hours and my shoulder blades were on fire. Climbing Mt Ngauruhoe is certainly going to be interesting. It’s going to be mind over matter more than I realise.

I’ll be tweeting highlights of the trip @KatrinaMegget