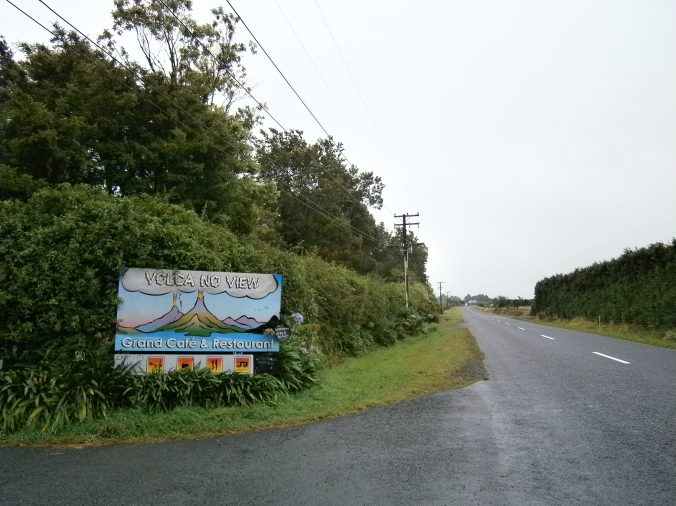 The rain on the tent sounded like an army chucking thousands of buckets of water over it. It had sounded like that all night; a constant drumming as the torrential rain pelted the tree above us, which jettisoned the water directly onto our tent. To say it was wet was an understatement.

We’d completed the three-day Tongariro Northern Circuit trek the evening before and had set up camp in Whakapapa Village (it had already started to rain by that point). I was still gutted that I hadn’t been able to climb Mt Ngauruhoe – what should have been volcano number seven in my quest to climb 40 volcanoes by the age of 40 (#40by40) – because of the crappy weather. But this would be rectified – the plan today was to make the drive west towards Mt Taranaki, the 2,518m peak that pokes out the side of the west of New Zealand’s North Island. Tomorrow we would climb.

But first we had to leave the cosy (though now starting to leak) confines of the tent and pack up. The rain was not abating.

After a very wet half hour of running between the car and the tent (why I bothered to blow dry my hair after my shower I had no idea – serious waste of time), we had stowed our sodden kit and were on the road. As luck would have it the rain eased up and bits of blue began to be hole-punched into the grey. Before long there was streaming sunshine, while steam wafted off the tarmac as it evaporated.

We wound along State Highway 43, experiencing intermittent outbursts of rain, where the water would come down in sheets and the windscreen wipers, at full bore, barely shifted the deluge from the glass. But when it wasn’t raining, the view was a feast for the eyes and State Highway 43 lived up to its alternative name, the Forgotten World Highway.

We drove through dramatic farmland with steep lumpy hills that looked like the backbones of dinosaurs that had fallen over and died, covered by a green blanket.

And through a gorge we travelled, along a thin windy road with crumbling cliffs, where the heavy rain had caused the land to give and chunks of rock lay littered on the road. Above us, a constant green swathe of native bush choked us in, steaming in the humid heat. The tarmac turned to dirt and it was if we had stepped back in time – the first settlers entering a prehistoric world. 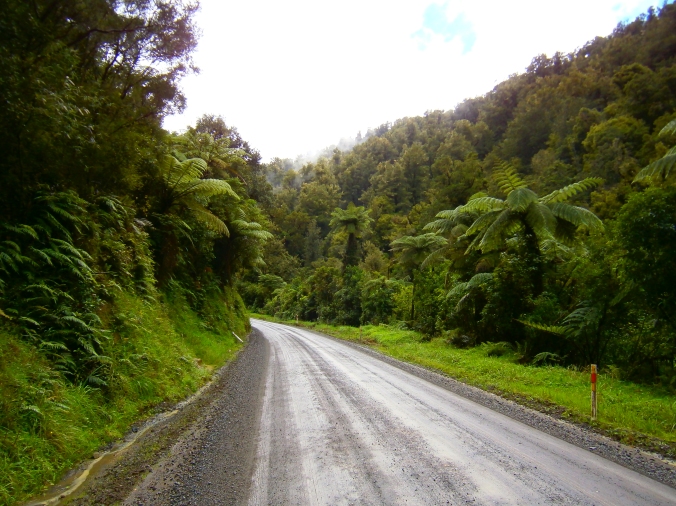 Just as we drove back into civilisation, the heavens opened. It absolutely pounded down, ricocheting off the car and ground. We slowly meandered up the road, weaving through pockets of fog, to the Department of Conservation information centre at the base of Mt Taranaki for an update on tomorrow’s weather. When we got there, the car park was almost a lake and there was no sign of a 2,000m plus volcano. 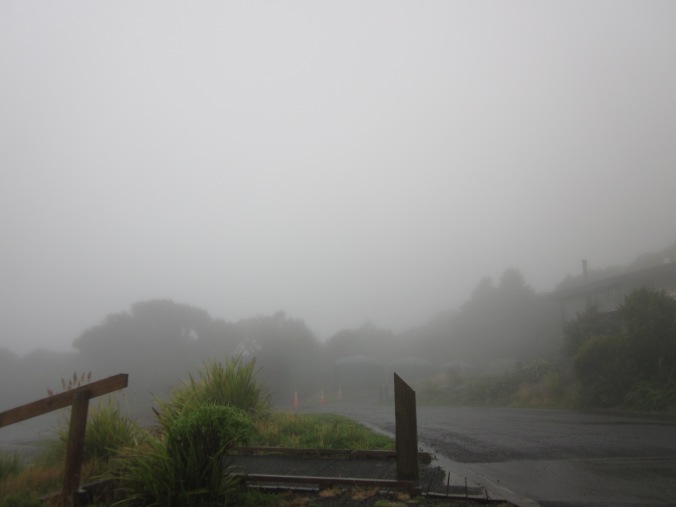 The centre was closed. There was no weather information. But looking out the window of the car, it didn’t look good. A quick call to mum confirmed my worst fears – 60mm of rain forecast with 50km winds. We wouldn’t be climbing Mt Taranaki tomorrow. Or the next day, it seemed. The weather wasn’t on our side; it didn’t plan to let up. A sinking feeling set in. 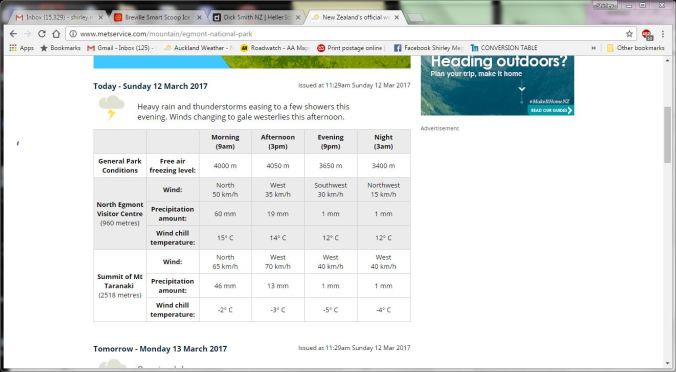 A decision, begrudgingly, was made, and instead of erecting our sodden tent in a rain-soaked paddock-come-lake we drove back to Auckland and a warm, dry bed.

6 thoughts on “Another epic weather fail”