It took me 89 days to walk 1,500km and reach the halfway point on the Te Araroa trail down the length of New Zealand.

The spot itself wasn’t physically marked on the trail, but according to the GPS trail app it was at a quaint little point next to the pleasant Tokomaru River along Burtons Track in the Tararua mountain range.

Regardless, the signpost was a reminder of how far I had come in anticipation of this season’s official halfway point.

And I didn’t know what to make of it.

Without a blazing sign congratulating me on a job well done at the official point for this season, it was something of an anticlimax. There was no one with me to pat me on the back – it was just me, a forest and a gurgling river.

I’d been walking for two hours ready to “cross over” and all that time I was thinking, wow the halfway point, it’s coming up.

Did I expect to feel different when I reached it?

Every few steps I checked my GPS location, the tension and excitement palpable.

And then I was there – and it was just another part of the trail; nothing to make it standout, no different to the bit before nor the bit after.

I stood for a moment, waiting, not entirely sure for what.

Ten minutes on, I came to a clearing where I stopped for morning tea. 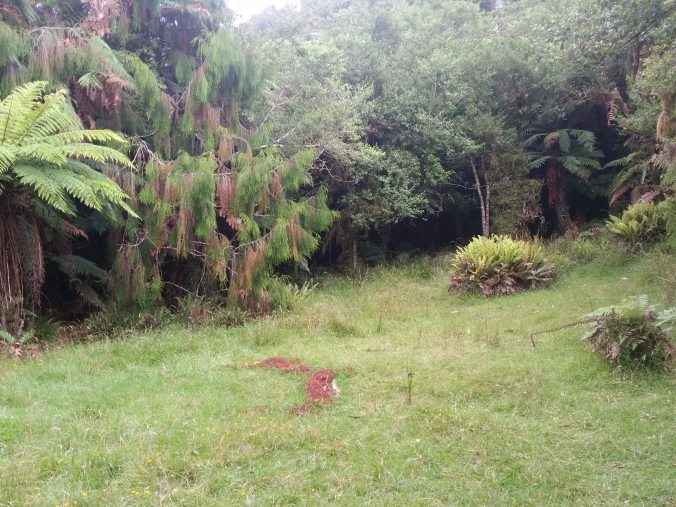 As I chomped on a white chocolate and raspberry Bumper Bar, I pondered how I felt.

It had been a hard 1,500km – brutal and demanding both physically and mentally. I was still scarred from the Raetea Forest 12-hour mud experience. My feet and legs and shoulders still hurt. I had muscles now but my pack still felt heavy. I still puffed when I walked uphill.

I didn’t feel like a long-distance walker, although technically I could now call myself that.

I knew I had achieved something amazing but for some reason I didn’t feel it was particularly noteworthy or even worth celebrating.

Reaching the 100km and 300km mark – even the 1,000km mark – felt bigger than the halfway point – I think because I was still a couple hundred kilometres from reaching the bottom of the North Island, which, sort of in a way, felt more like the official halfway point.

In fact, when I thought about it, even though I was now closer to the end of the trail, I still had a long way to go – and the second half was going to be tough; tougher than what I’d already done.

I’m talking tall mountains, river crossings, remote wilderness, long stretches between resupply points, more danger. And I was hitting the South Island late in the season and I was solo.

And given that I didn’t exactly feel superhuman with my current achievement, that I still felt like I had my learner’s licence, I had to admit I was scared of what this second half would entail and whether I could cope.

I was suddenly overcome with self-doubt and felt completely outside my comfort zone.

I mean it took me 89 days to get this far – that averaged out at not even 17km a day. Woeful, if I wanted to get into comparisons.

Did I really think I was good enough to complete Te Araroa?

I had a wobble; a moment where I doubted everything.

It dawned on me that up to the halfway point I was focusing on the first half and avoiding thinking about the second half with its big scary mountains and remoteness.

Having crossed over to the second half, I was now forced to think about it. I couldn’t avoid it any longer.

I felt the fear but also realised that worrying about it wasn’t going to get me anywhere.

Before I started #WalkNZ, when I sat in the back of the car on the drive to Cape Reinga three months ago, I was worrying about the first half and yet here I was at the halfway point.

And all I did to get here was put one foot in front of the other.

The second half was no different.

I hefted my backpack onto my back, felt its weight on my continually bruised shoulders, and placed one foot in front of the other and headed off into the forest; slow steps towards the bottom of New Zealand. 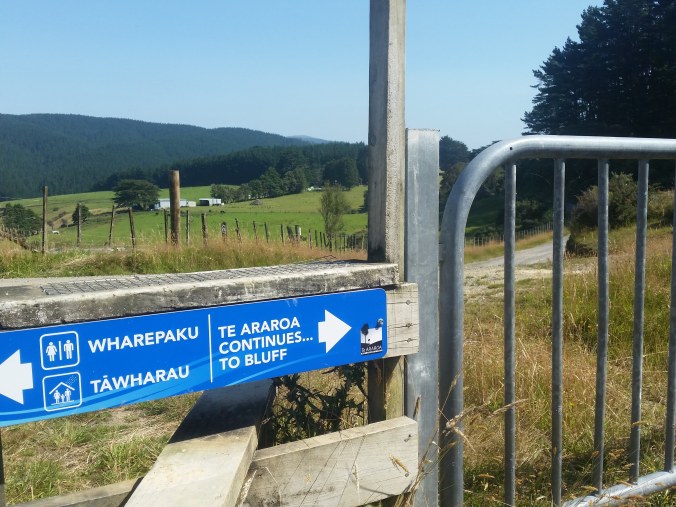 15 thoughts on “Reaching the halfway point of #WalkNZ”