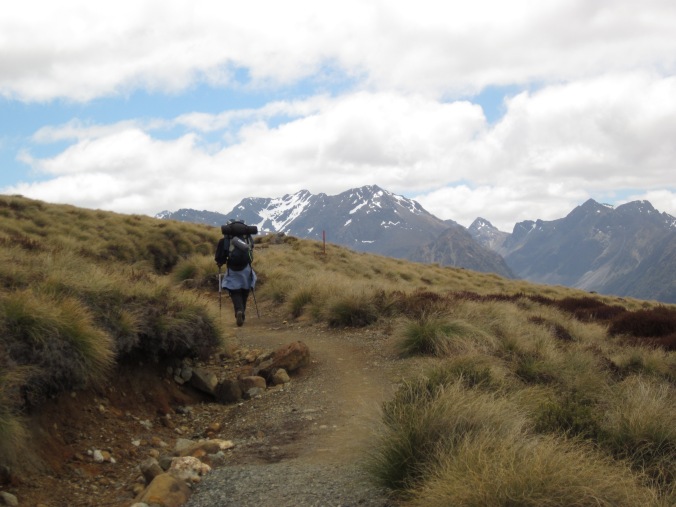 I put my hands up – I think I’m not doing enough. At least when I was walking up Box Hill last weekend with a 9.5kg backpack on my back it certainly felt like I hadn’t been doing enough.

Annoying, when back in March I’d put together a comprehensive four-month training programme for this adventure. But life gets in the way. I haven’t stuck to it. Actually, I haven’t even come close.

There have been small wins – I’ve climbed eight volcanoes in the past few months, done the occasional several-hours long training walk, and have attended most of the Monday evening body pump classes at my gym.

But that’s as far as it goes.

The Saturday morning spin class I had been going to is always fully booked so I haven’t been able to get in, and I’ve only been to one Thursday evening spin class so far because life seems to pull me in the opposite direction every other Thursday. It’s not through complacency or lack of trying.

And now I’ve decided to bin the idea of spending seven days walking Hadrian’s Wall because I feel I could better use that time doing other equally important things on my to-do list and have instead replaced it with a weekend in Snowdonia.

Because of all this, the heavy-hearted feeling that I’m just not doing enough training – which corresponds to not being fit enough and therefore not good enough to walk the length of New Zealand – has been gnawing away at me.

But then the anti-self-doubt voice in my head figures I’ll be ok – I’m probably fitter than I think I am, and anyway I’ll get fit on the trail.

Yet that doesn’t stop me worrying and it doesn’t stop other people from postulating how I should be going about my training – and how much they think I should be doing, and making it quite clear that, currently – in their opinion – I’m not doing enough.

So far, I’ve been told I should have a comprehensive training schedule – and should stick to it – because it would be a good idea to have an attainable training goal. It’s also been suggested that every morning before breakfast I should do an hour walking with a heavy back pack. And there have been other subtle comments (and some not so subtle ones) that I should just be doing more.

In my moments of self-doubt I read these as judgments on my ability and forecasts on whether I will succeed or fail. And sometimes it’s easy to get sucked in by my interpretations of them.

But there are four fundamental things I have come to realise after the topic of training was discussed on the Te Araroa Facebook page. All comments were different: there was no conclusive answer on what constituted sufficient and enough training.

Firstly, everyone is different. How people train and how often is an individual choice. Furthermore, some people might need “more” training, some people “less” depending on their fitness base to begin with. In short, there is no universal right or wrong amount of training because it will vary from person to person.

Secondly, the concept of what constitutes enough training will vary from person to person because people are different – that means when people talk about what they think is enough training then that’s just their opinion, which is neither right nor wrong, and in all likelihood is different to my opinion of what constitutes enough training. Yet often we put more import on other people’s opinions than our own – which really doesn’t make sense when that other person sits in front of a computer all day and who hasn’t climbed a mountain or done a long-distance walk in their life.

Thirdly, no matter how much I train I’ll never be “ready” for what Te Araroa throws at me because how could I when I don’t know what exactly that might be (apart from having an appreciation of the trail notes) and I don’t know how I’ll react to it when I’m there. I can’t predict the future.

I’m solo walking the 3,000km Te Araroa trail down the length of New Zealand to raise awareness of self-doubt and low self-esteem, which are linked to mental health problems. I want to show that these negative thoughts don’t have to hold us back from achieving our goals and dreams.

In aid of this cause, I’m also fundraising for Mind, the mental health charity in the UK, so that money can go to services and support systems to help people with mental health problems, some of whom may also have been affected by the debilitating effects of self-doubt and low self-esteem. To lend your support and donate, please visit my fundraising page here.

10 thoughts on “How much training is enough?”